Some of the most interesting people I have been meeting lately are the ones that have put sweat equity into boat ownership.  Bob and Yvonne spent two years restoring a beautiful Ketch and are finishing a year long honeymoon sailing the Atlantic.  Sailing couples have to rely on their own skills as a team and fixing an older sailboat seem to prepare them well for the unpredictability of life at sea. Bob and Yvonne are on the more adventurous side of the spectrum of people I’ve met in the Azores.  They wanted to come spearfishing and I continue to smile as I recall the experience.

The place we went spearfishing is called Serreta and it is not an easy entry into the ocean.  Even the path down the old lava flows to the ocean itself is somewhat daunting.  The local Azorean fishermen were eager to show Bob and Vyonne the easiest path down to the ocean.  They seem surprised to see a girl spearfishing and especially one getting into the waters in a place where the ocean immediately falls so dramatically away beneath you.  Seretta is a beautiful but exposed place to swim. The entry into the Atlantic is from a small rock pile immediately into deep water.   The cliff the fisherman helped us navigate down disappears into the blue depths despite 30 plus meter water visibility. 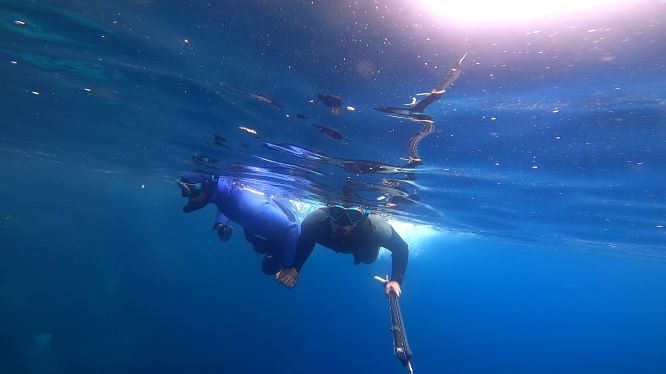 Once in the water we swam along a cliff toward a sea cave where the water became cloudy and bubbles continuously rose from the sea floor.  20 years ago the ocean floor was red and traces of this activity still linger.  A barrier of jellyfish forced constant course correction, making the long swim to the shallows when the fishing is easier even more of a challenge.   Despite it all Bob and Yvonne smiled and held hands swimming together through this experience.  It was a pleasure to share this unique experience with two fit people who seem so certain of their future.  Their words follow.

What is your favorite part of living in the Holland?

We live in the north of Holland and there are a lot of estuaries, small lakes, and rivers.  We like to swim and sail in these waters. There are 11 small old cities in the north of Holland which highlight the old traditions and culture of Holland.  In some of these cities there are old forts with cannon and moats. You can also tour between cities by the water and some years in the winter you can ice skate from one place to another because they are all connected with rivers.  In a good cold year you can skate 220 km between all 11 cities.    There are also a lot of forests with good hiking trails.

What is your least favorite part of living in the Holland?

It can rain a lot in the winters, sometimes all day long.  It used to snow but now it is just rain.   We can remember when you could do some sort of ice skating tour every year but it isn’t getting cold enough anymore.  The last time you could do all 11 cities was 1997.  Another thing we don’t like about Holland is that ther are also too many political parties.  It is difficult to vote for one to rule.  There must be compromises between parties to get the votes to pass laws and it doesn’t always represent your values. 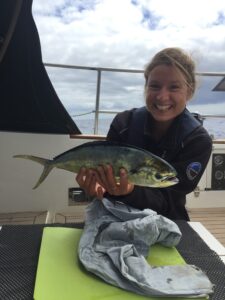 The winter is not so cold anymore.  There is much less ice and snow.  Summers are much more dry.   We even notice it in our garden where the ground is drier.  You never used to have to water but now if you don’t water your yard things die.   The government is starting to say we have to pay closer attention to water use.  They haven’t yet issued mandates to consume less water but it seems likely to happen in the next 5-10 years.  The lakes always used to freeze but most years now they do not.  There are not as many birds as there used to be.   We also see less insects.  Perhaps these two things are linked.   In the north where we live there are more traffic jams.  There is also smog in the north of Holland which is something we don’t remember from our youth.

Sea level rise is a huge problem in Holland.  So many of our communities are low lying.  They are re-engineering our dike systems but we really worry about how sea level rise will impact Holland.

At some point our kids may not be able to skate the rivers and they will lose this part of our culture.   They may never enjoy a snowball 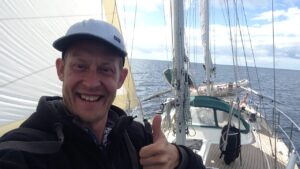 fight.  We will have to conserve water and drought will impact farmers’ livelihoods and there are many farmers in Holland.  They may have to change what they can grow and as the sea rises some part of our country may return to the sea.

We also think prices for fuel, water and electricity will increase.   Holland has quite a few places with natural beauty.  The dunes along the shore and the islands on the coast.  These areas are becoming over crowded by development and aren’t the natural safeholds for coastal wildlife like they used to be.

We walk a lot and ride our bikes places, instead of taking our car.  We installed 12 solar panels on our previous house and we used tax subsidies from the government to offset a part of the cost for this project.   We separate our garbage, recycle and often stop to pick up garbage on our walks.   We think our next car will be electric and have been reading about installing an electric motor in our sailboat.   When aboard the boat we are trying to be self-sufficient and only use solar power.   We are also conscious that meat is a burden to the planet and we limit the amount of meat we consume and view it as a treat.  When we do buy meat we try and source it from a local small organic farm.

I have plans to build boats when I return home and I want to focus on making sailboats and small power boats electric powered.  I hope solar and battery technology continues to improve so that it is easier for small boats to be self-sufficient.  In my next house I  want to be able to collect rainwater to  use this for my bathing water and washing then make a system so I can reuse the grey water for our garden. 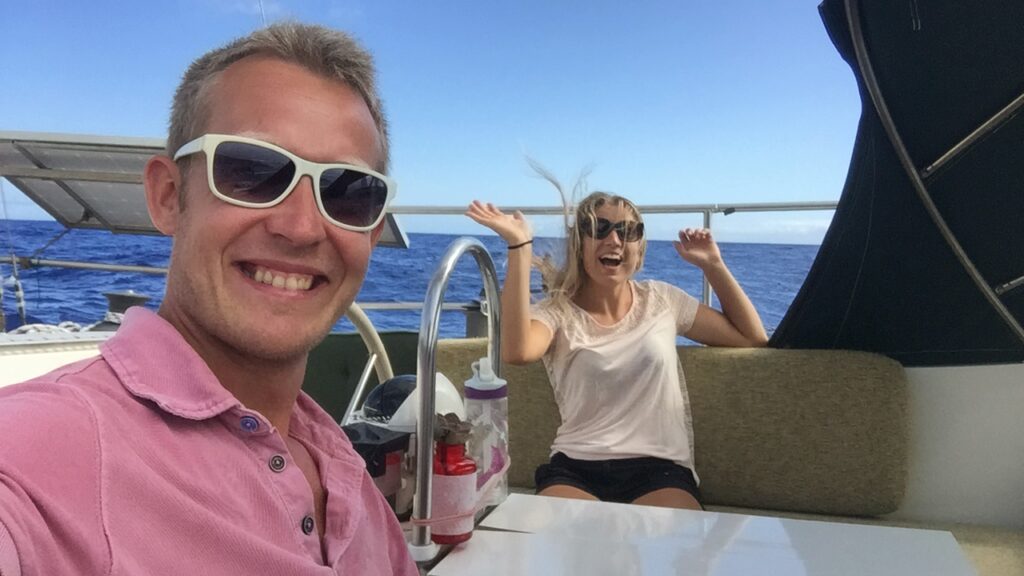 Although we didn’t see so much plastic in the ocean, on the beaches and coasts it is very visible.  This was especially true in mainland Spain and the Canary island.  There seems to be a lot of local efforts to minimize littering on land but we still saw a lot of plastic trash, especially on our walks along the coasts.

We like that we can see windmills on top of the Hill from this harbor.  In Holland 40% of energy is from renewable sources, primarily solar and windmills.  We hope this investment in renewable resources continues

I’ve been working on the boat with my fellow crew member getting the ship ready to sail.  While cleaning winches and the stainless on the boat a large school of gally jacks swam into the inner harbor off the port side of the boat.  There were hundreds of large fish swimming in a 10 meter circular procession off the port side of the R heritage Too.  Fish are always swimming in the harbor but Galley Jacks belong in the open sea and to see some many swimming in a pattern was mesmerizing.

As I polished the oxidation off stainless stanchion and mentally cheered on the cyclic parade of fish who didn’t belong, my thoughts wandered further to recent conversations about some of life’s other cycles.  Why do some fish live around the same shores their entire life while others wander the earth in annual cycles.   Why do sea creatures who wander often return to their birthplace?

Bob and Yvonne are completing their frst North Atlantic voyage  which they started without almost any true blue water sailing experience.   Together and seem to have become a truely cohesive team. They were surprised that they had not met more couples their age during the Atlantic loop and mention that most cruisers they had met were older.   I surmise from talking with them that they dream of sailing with the children they hope to soon have so I am sure they too are asking the same questions as I.   When is the season to wander and to stop and when in life is it best to experience this?