As an increasing number of boats pass through the Azores on transatlantic crossing I am meeting more boat couples.  Adventurous dynamic duos who have chosen to step away from the rat race, at least for a bit, and try to explore the world in the thorough manner that slow cruising enables.  It may sound quite glamorous but boats are very small spaces.  Even on a large cruising boat it is difficult to be more than 10 meters away from others on board.  There is little to no privacy.  One of the many interesting parts of cruising is watching how couples make relationships work in these confined spaces 24/7.  It has been one of the many interesting aspects of learning how to exist on a boat and provides insight into how all crew can get along.

One extreme example are Patrick and Insa whom I interviewed last Fall.  Patrick speaks French, Insa German.  Together they communicate in a language that approximates Spanish which they both seem to understand.  They are older but their roles are not traditional.  While Insa cooks and cleans,  Patrick does the laundry and sews.  Most cruisers are not the sort of people who are ashamed by patched clothes and many are experts at repurposing objects.  Materials are often hard to come by on small islands in the middle of the ocean.  I am beginning to envy people with a sewing machine onboard. 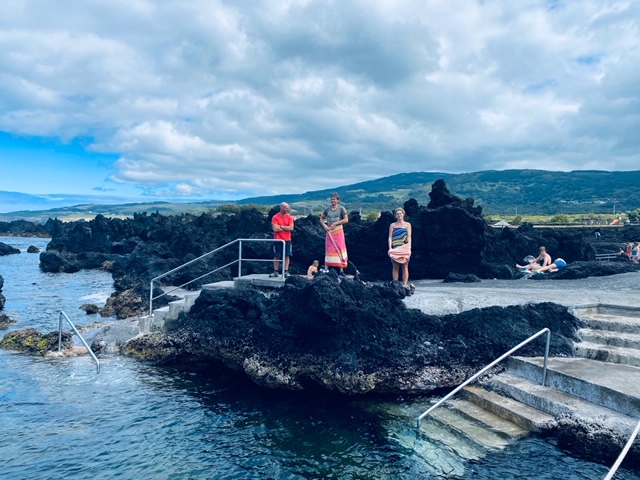 One of the younger sailing couples I’ve met are a part of the infamous Gang of Moodys.  Chris and Frankie live in London and are completing their Atlantic circuit.  This roughly 2800 nautical mile loop makes use of favorable winds and currents to sail from northern Europe, south to the Canary islands, across the Atlantic to the Caribbean and then follows the rum line from Florida to the United Kingdom,    Like most cruisers they are generous.  They loaned me their power washer to clean the boat and when they learned I was going to rent a paddle board they loaned me theirs.  Chris is a bit of a computer wiz and his use of a raspberry pi to monitor boat systems remotely and in real time is inspiring.  I very much enjoy seeing all the different approaches to putting together boats and have learned a lot from the couple.  Their words follow.

What is your favorite part of living on the Gitane?

No two days are the same.  Every day is a series of adventures yet you can not take anything for granted.  Your entire house, garage and transportation is on the end of a piece of chain with a glorified paper weight.    Unlike life on land, you can’t passively stumble through life and you must be constantly engaged.  For example, you must check the weather every day, even in port.  Time seems to slow down.  Maybe this is because there are so many more milestones to use as reference points to think about what you have done the last few months. 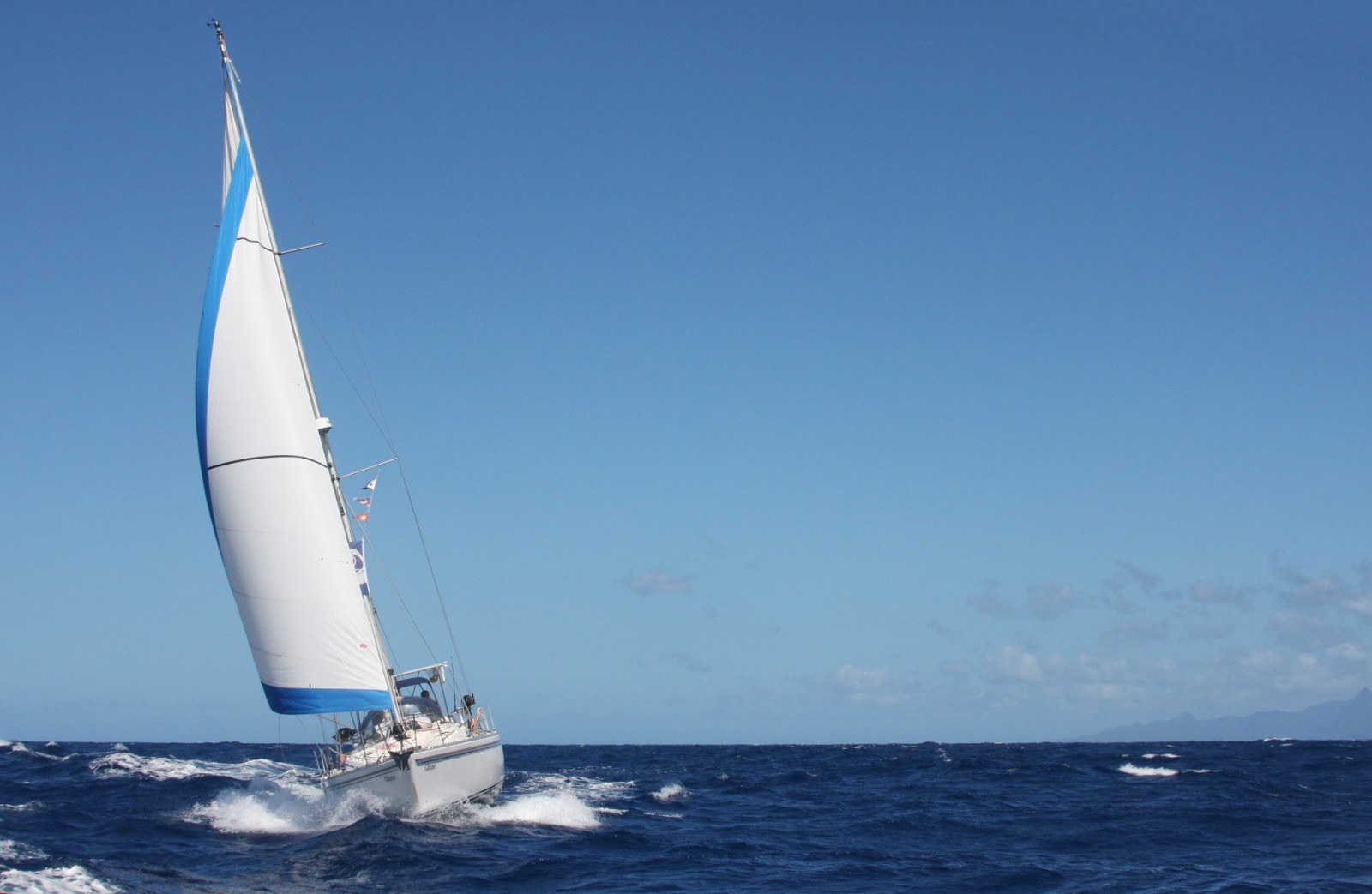 What is your least favorite part of living on a sailboat?

You could almost list the same things.  It is hard work and you can never check out.   Sometimes it would be nice to be able to relax, states Frankie and I am aware of the imminent risks to life.  When I romanticized about sailing around the world I never thought about boat fires, dragging anchor in the wind, or hitting a whale and losing the keel. Having a moving house is a lot of work.  Chris adds, I enjoy working on the boat bu things break, need to be fixed to be able to safely move on and sometimes it is a burden.  We are also constantly stalked by family.  Just now my father texted me and said he has found a webcam that points at us. 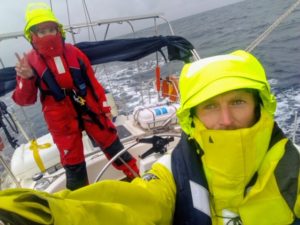 Frankie mentions that she struggles with not feeling equal.  On land we both brought things to the table.  We both had salaries, friends, income.  Nobody was the bread winner and everything was shared.   There was a shift in power towards Chris that I had a hard time to dealing with.  I was dependent on his skills for our safety and initially I didn’t have the sailboat maintenance skills.  Now I am getting better at fixing things and finding my role.  The power balance is tricky.  I still can’t do all of the work tasks on the boat, I lost contact with my friends and can’t pursue many of my hobbies.   The change in relationship dynamics was a challenge I didn’t expect.

Do you see the changes to the natural world where you live?

The prevailing weather conditions seem to be changing.  We haven’t sailed for long enough to have good reference points but almost every country we have visited locals have commented that the weather is bizarre and not like it used to be.  Injune of 2019 we were in Sardinia and it was cold and raining and windy like it was winter.     In 2018 there was a hurricane in the mediterranean which was termed the (Medicane)   Boats in the Italian town of rapallo were severely damaged.  We have seen an abundance of plastics in beaches and Sagasso weed growing aggressively due to warmer oceans.

We were told that turtles can’t make it to the sea through the sargasso washing up on the beaches.  We worry a lot abut changing ecosystems.  The abundance of seaweed has an economic impact on tourism as well since nobody want to visit a beach covered in decaying seaweed. 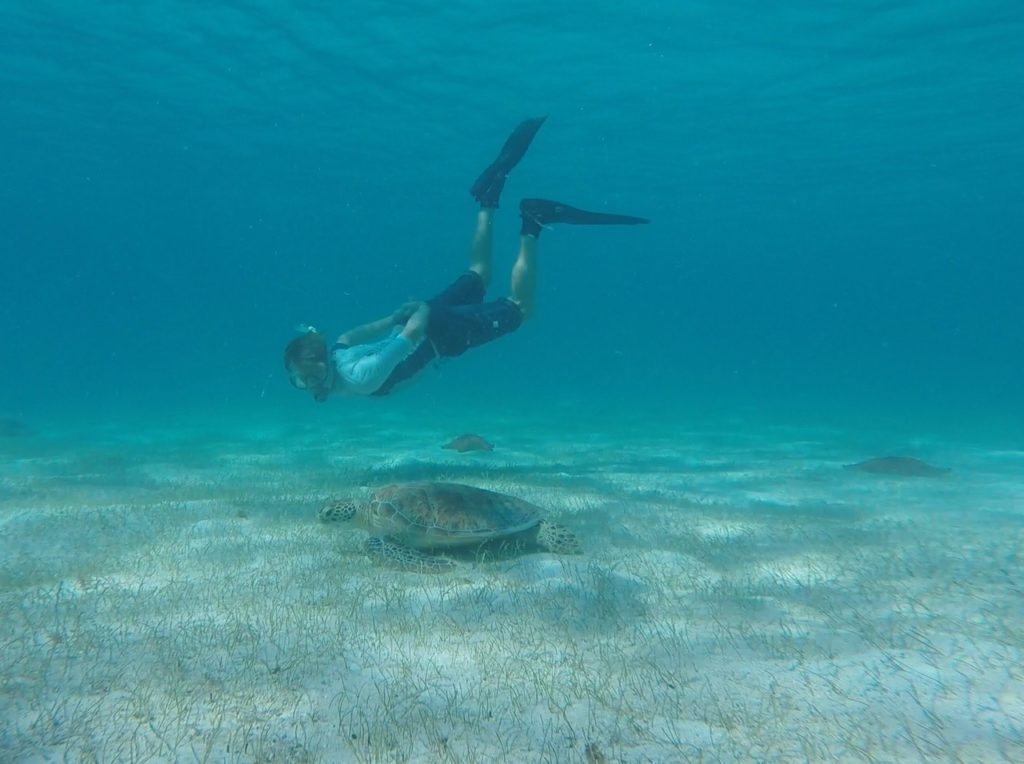 We tried to make the boat completely self sufficient.  We have 725 watts of solar which we can cook, run our water maker, heat water.  We don’t have to hook up to shore power and use lithium batteries.   Making our own water eliminates the need for plastic containers.  Batteries recycling is a problem but lithium lasts much longer.  At the same time there is got to be a balance.  We don’t have a wind or hydro generator but it is hard for some cruisers to justify the cost of these since diesel generators are so cheap.

We are avid recyclers and try to avoid eating meat.   We treat meat as a treat rather than something we eat every day.  We try not to buy unnecessary stuff.  We think hard about what we really need.  If we determine it is something we really need then we look for it second hand,  We’ve been buying clothes from second hand stores for years and we seek out local produce.   If we can’t buy it second hand then we try to source our purchases from sustainable companies,  Here it is frustrating for us since we spend a lot of time sorting garbage and see that the bins are not well sorted. 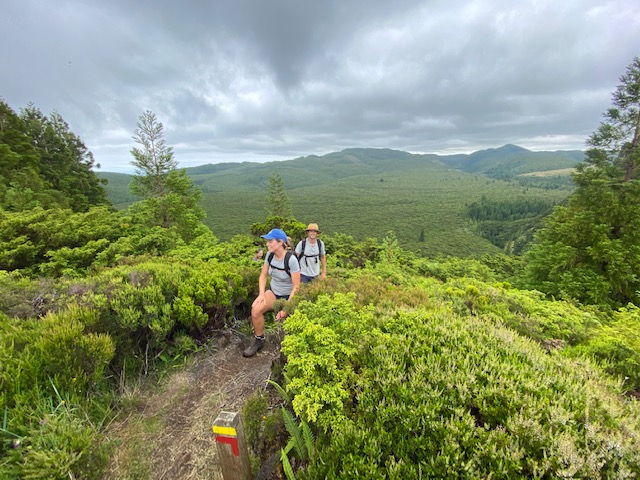 I work in the medical industry, states Frankie. I find it frustrating that there is so much single use plastics in individual sterile wrappers.  For me to open up plastic packaging for a single use plastic item is difficult.   It seems like there should be a better way.  I don;t remember the times when glass syringes and stainless steel needles were autoclaved but maybe it is something we could revisit.  We used to wash and autoclave our gowns and drapes but now these too are single use items.  It is frustrating that it is cheaper to buy disposable items than to pay individuals to wash and sterilize them.

It is easy to be idealistic about renewable energy  but it is hard to be realistic.  Everything has a carbon footprint.  Lithium batteries for example.   There is still a place for combustion engines but we need to figure out how to encourage the use of the most modern efficient versions.

We think about things like Greta Thunberg’s eco-friendly trip across the Atlantic.   We think it is great what she is doing and it was a good way to raise awareness about the impact of air travel and the benefits of eating vegan,   However, rather than sailing on a carbon neutral vegan boat it might have been better balance might have been to do a remote interview over the internet. Then again that may not have raised the same amount of awareness.    Covid seems to have made everybody work remotely over the internet in today’s world and we find the sources of motivation an interesting topic. 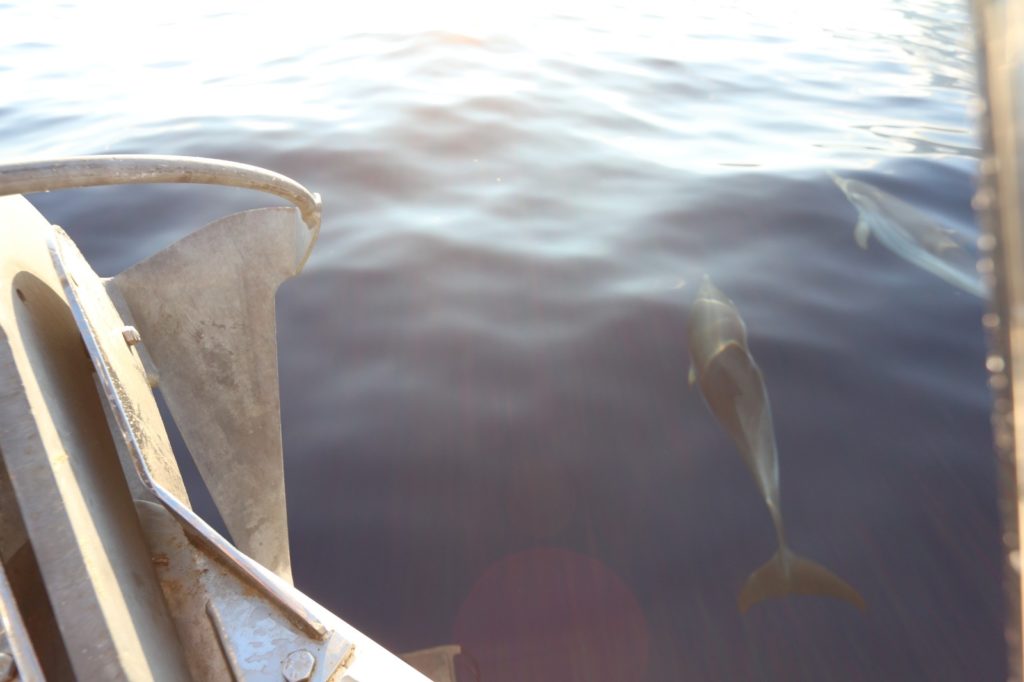 I’m unsure why I have dreamed about sailing the world for a lifetime.  I grew up in a landlocked state but am enjoying learning about sailing traditions like the Atlantic circuit.  Tattoos seem all the rage these days but were not popular when I was a child.  When I was in college I told myself I’d get one if I ever crossed the equator under sail.    I remember the term pollywog from children’s songs but I did not know it was a term for seafarers who hadn’t crossed the equator and that you become a trusted shellback or son of Neptune after making the equatorial transition.  I looked at a map and was surprised to find that completing the almost 3000 nautical mile Atlantic circuit would not fulfill this requirement.

Another aspect of Chris and Frankie I have really enjoyed talking in detail about their use of technology on the boat.  Even on overcast days with flat mounted solar panels they are obtaining 15 amps out of their solar array.  If asked Chris shows off his use of the raspberry pi mini computer with childlike excitement.  It makes me smile reflecting on this as it just seems such a contrast with his proper measured London verbal cadence and accent.  I must admit it is his use of SignalK with influxdb and Grafana makes a great interface and totally brings out my inner geek. It is something I’ll want to look into back home.  Perhaps this will be the inspiration to add solar to my house.

Humankind is certainly creative and technology seem to have the potential to help solve the garbage pollution problem.  A good start might be before purchasing and this exiting trend is discussed in this article from the Smithsonian The Rise of “Zero Waste” Groceries.  Chris mentioned that he is excited to try Loop when returning to London.  We also discussed our experiences with sorting and recycling station.  It is often frustrating that after carefully sorting your waste and hauling it to a recycling station that is not well labeled or thought out.  It is even more frustrating to see them all carried away by the same garbage truck.  An effective solution which Frankie and Chris saw upon there journey might be to employ people to at busy waste sorting stations to oversee that waste disposal is done properly.   A longer term goal suggested by captain Bruce’s son Arlen is to design automated garbage sorting carters that actually work.   Arlen works with cities there to increase sustainability initiatives.  His statement that if a person had means and wanted to do some good, that building an efficient and functional waste sorting plants would be a gift for humanity.  Maybe this is something Jeff Bezos should champion to offset the impacts of Amazon deliveries.

As my mind begins to wander again I think about the future.  What will it hold?  Will Frankie and Chris return to the ocean again?   The next time I see them will they have a youngster aboard and be teaching them to celebrate the earth?  Will I ever be lucky enough to cross the equator under sail and will I still want a tattoo?  Will humans curb their appetite for consumption or the way they handle the post consumption process and if so what will be the source of motivation for this transition?